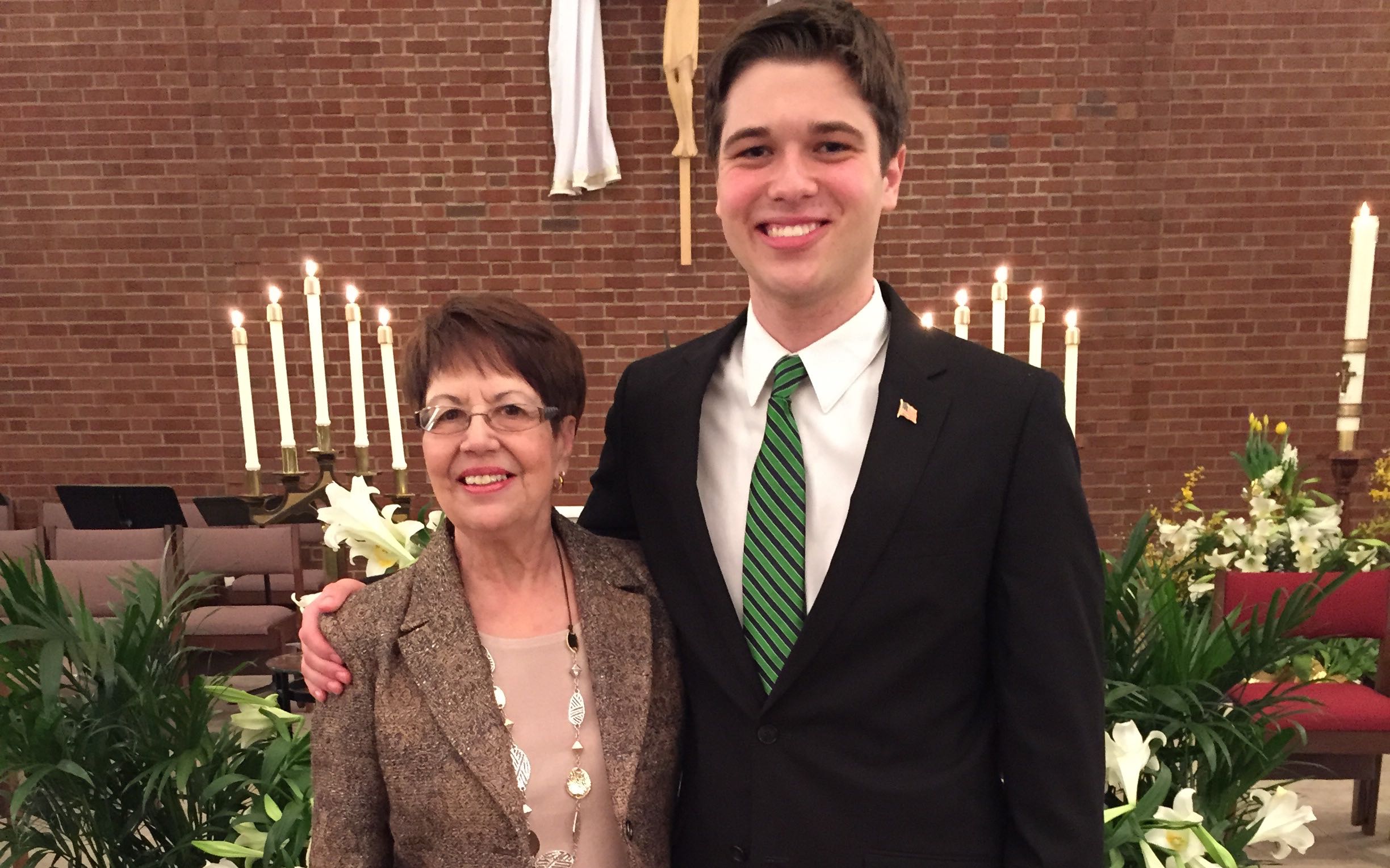 Anchor Intro- Reporter Andy Mark takes a look at young man who is really excited about his recent confirmation in the Catholic Church. Even though he was confirmed later then most Catholics are.

“It is just a very good experience and it was something that was important to me and I’m glad I did it,” says Tyler Carey.

Tyler was just confirmed this past Easter Sunday. “And being Catholic, being some who does attend church every Sunday, right now it is something that is very important to me. I would say it is a little bit unusual for someone who is raised in the church,” says Tyler about his confirmation.

Tyler believes that even though his confirmation came at age 20. There is no real difference in how his Confirmation is perceived compared to someone who gets confirmed at age 14. Carmen Roebke is the Pastoral Associate for Christian Formation and in charge of the confirmations at University Parish Newman Center. She believes that even though the normal age to get confirmed is between 6th and 8th grade that doesn’t mean getting confirmed when your 20 or older isn’t as important.

She actually believes it is more rewarding to get confirmed when you’re older then when you’re younger. She talked about Tyler’s confirmation and getting confirmed at older age then most. “Tyler has agreed to assume adult responsibilities in the church. I think definitely because certainly when you come as an adult know ones making you go to class. You have made a decision to come on your own,” says Roebke.

Father Steve Agostino was the confirming Pastor for Tyler’s confirmation. Several other students along with Tyler where confirmed as well. Some of the students who confirmed where not even Catholic.