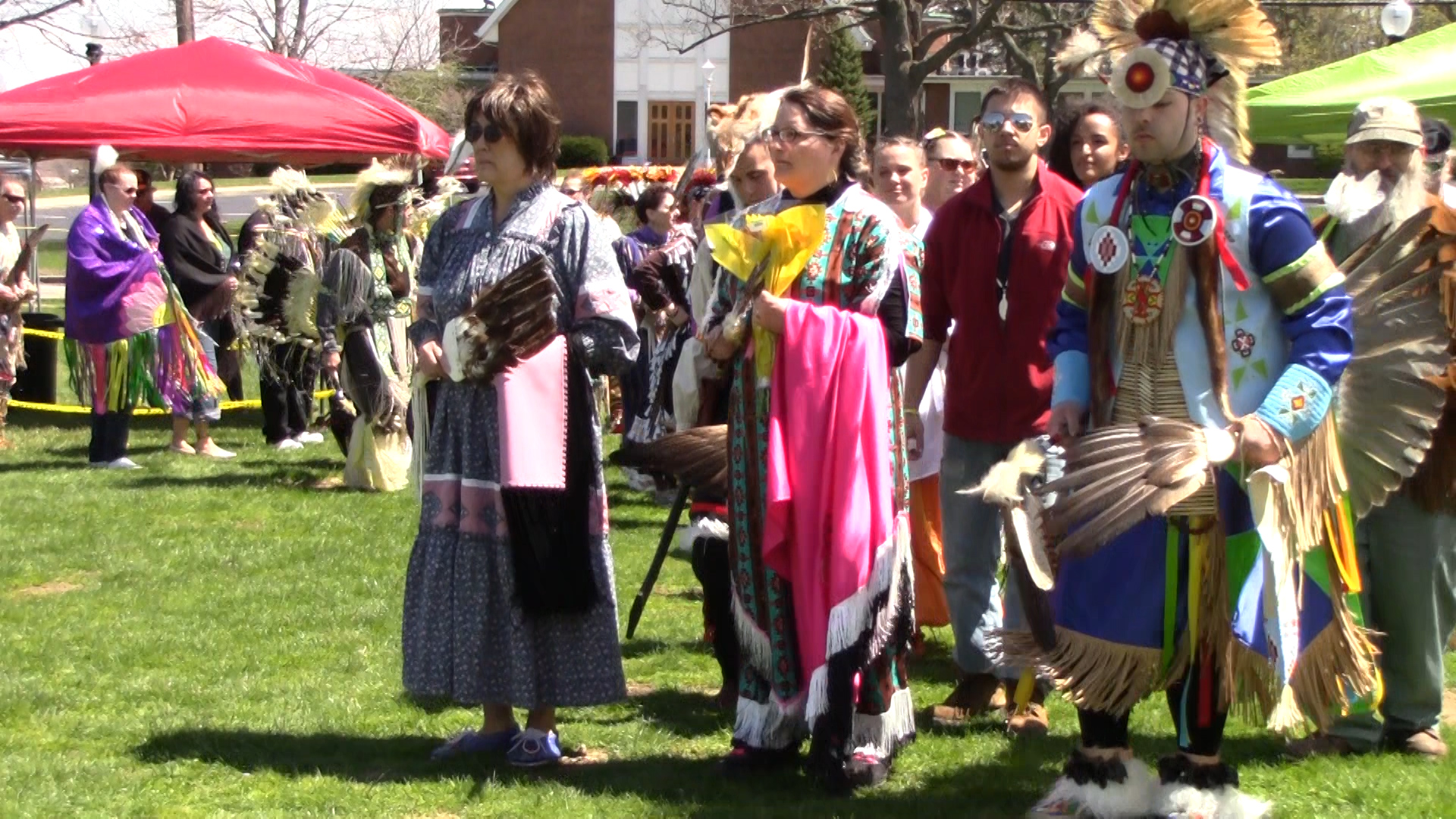 This weekend the Native American Student Association hosted their annual Powwow full of music, dancing and lessons on Native American life. TV2’s Alexis Oswald has the story of this display of culture and the pride of Native American students at Kent State.

Kent State celebrates different cultures in many ways, whether through organizations or events you can expect to see diversity all around you.

It’ll help people get to know our culture and realize we’re not as bad as we think.

Michael Weisel, President of NASA, says events like these give him a lot of pride in his heritage.

“Having just a little bit of Native American culture on a campus like this I think it makes me feel proud as a Native American that we are still represented even though less than nine percent of us go here,” Weisel said.

The Powwow was free to attend giving over 100 people a look inside Native American artistry and history, which Weisel said will hopefully make other people understand his people.

“It will help people get to know our culture and realize that we’re not as all as bad as we think,” Weisel said.

NASA has held other events in the past like a pottery demonstration and a sports panel to share their pride and teach others what it means to be Native American, especially in a time when sports mascots are under fire for their depiction of them. But NASA Advisor Kimberly Kennedy believes events like these will help break down unnecessary stereotypes.

“A lot of people do stereotype and they think they’re going to come here and see people in face paint and wore you know feathers, and they are. They are going to see that but it’s for the right reason it’s not to play baseball, it’s not to make show, it’s real heritage,” Kennedy said.

But Weisel is proud of himself and NASA for the fact that they continue to share their pride and heritage with other people.

“We wanted to do this and that’s what I’m proud about, myself and my group that we are doing this and we’re still keeping it going,” Weisel said.

NASA shares a lot of their pride with other people, and bring a lot of traditions and a great appreciation for culture and diversity to Kent State.