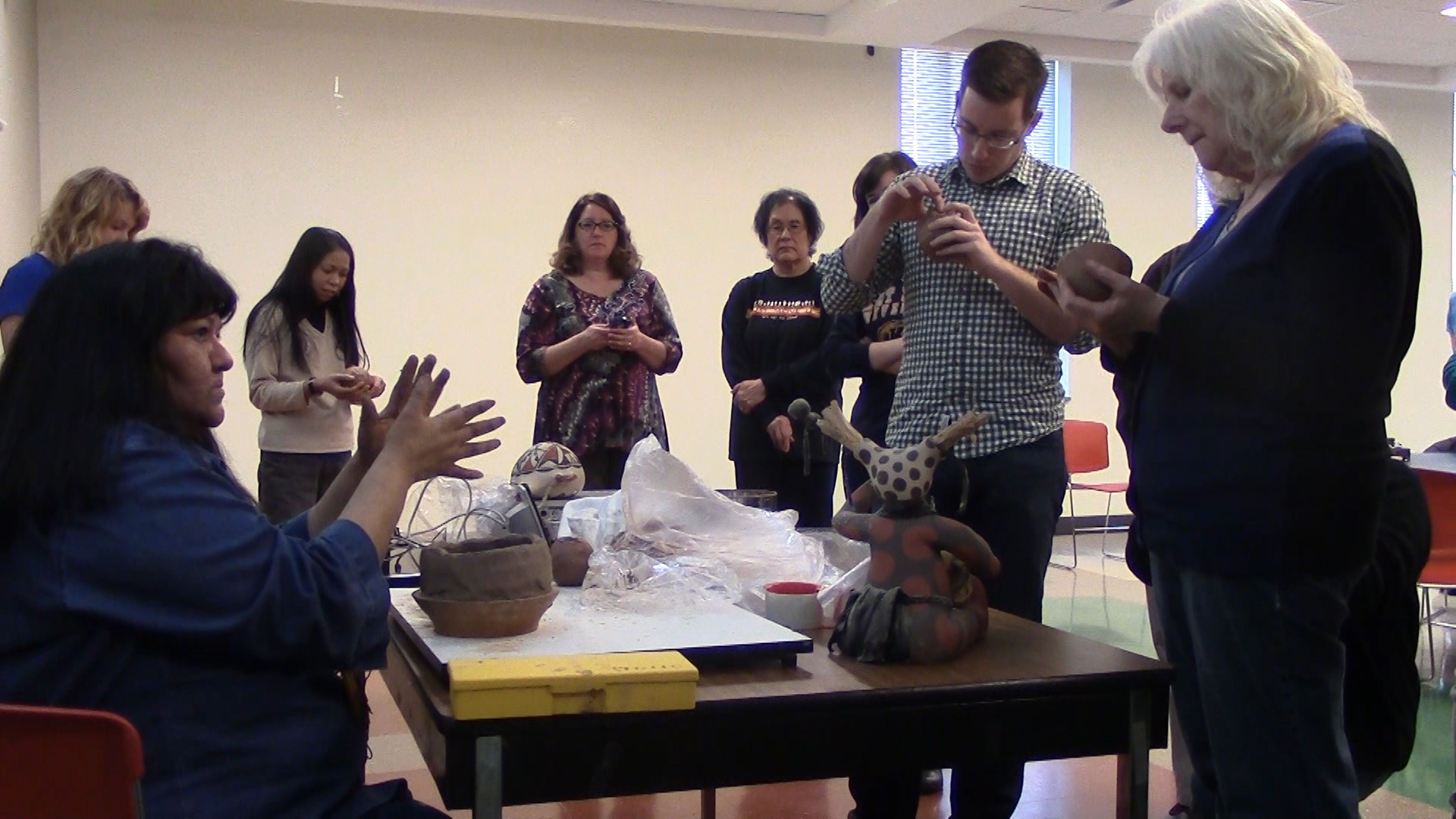 Universities bring a lot of diverse backgrounds from all over the world unto their campuses, and they get the chance to show off their traditions in a variety of ways. TV2’s Alexis Oswald has the story of one student organization’s goal to raise awareness of Native American culture at Kent State.

College campuses provide organizations and outlets for students of many diverse backgrounds and interests. Kent State is no exception as it houses over 200 student organizations devoted to different majors, ethnic groups and hobbies.

One such group is the Native American Student Association made up of not just students, but members of the Kent community and even the whole country. They are open for anyone to join, and they promote their mission by throwing events every year like dances and powwows.

It’s going to show everybody what we do and what we stand for.

One such NASA event was new and free this semester, thanks to “Pumpkin” Marian Renee Concha-Saastamoinen, a Taos Pueblo Native American, who demonstrates how to make Taos Pueblo pottery, something she says she’s known the importance of all her life.

“I knew what my grandmother was doing was important to the community, and what my other grandmother did also, so it was just an immersion in the idea of making pottery,” Concha-Saastamoinen said.

Michael Weisel, President of NASA, explains that each event they put on sends a certain message about Native American culture and traditions, and he hopes that the people coming to the event will see Concha-Saastamoinen’s pottery for what it truly is.

“It’s going to show to everybody who comes to the event what we stand for and what we do as a group,” Weisel said.

While the event was a chance to teach students and the community about another culture, Concha-Saastamoinen hopes it will encourage people of all backgrounds to continue not only learn about Native American culture, but their own culture as well.

“When people say I want to be Indian, I was there I wanted to be white, you know when I was growing up, but as I got older and I realized they wanted to be me, then I didn’t want to be them, but then I realized why couldn’t they be themselves, so I’m always telling people they need to work on themselves,” Concha-Saastamoinen said.

NASA and Concha-Saastamoinen’s teachings let everyone know, that no matter what background you come from it makes a difference to embrace it and teach others what makes you and defines you.