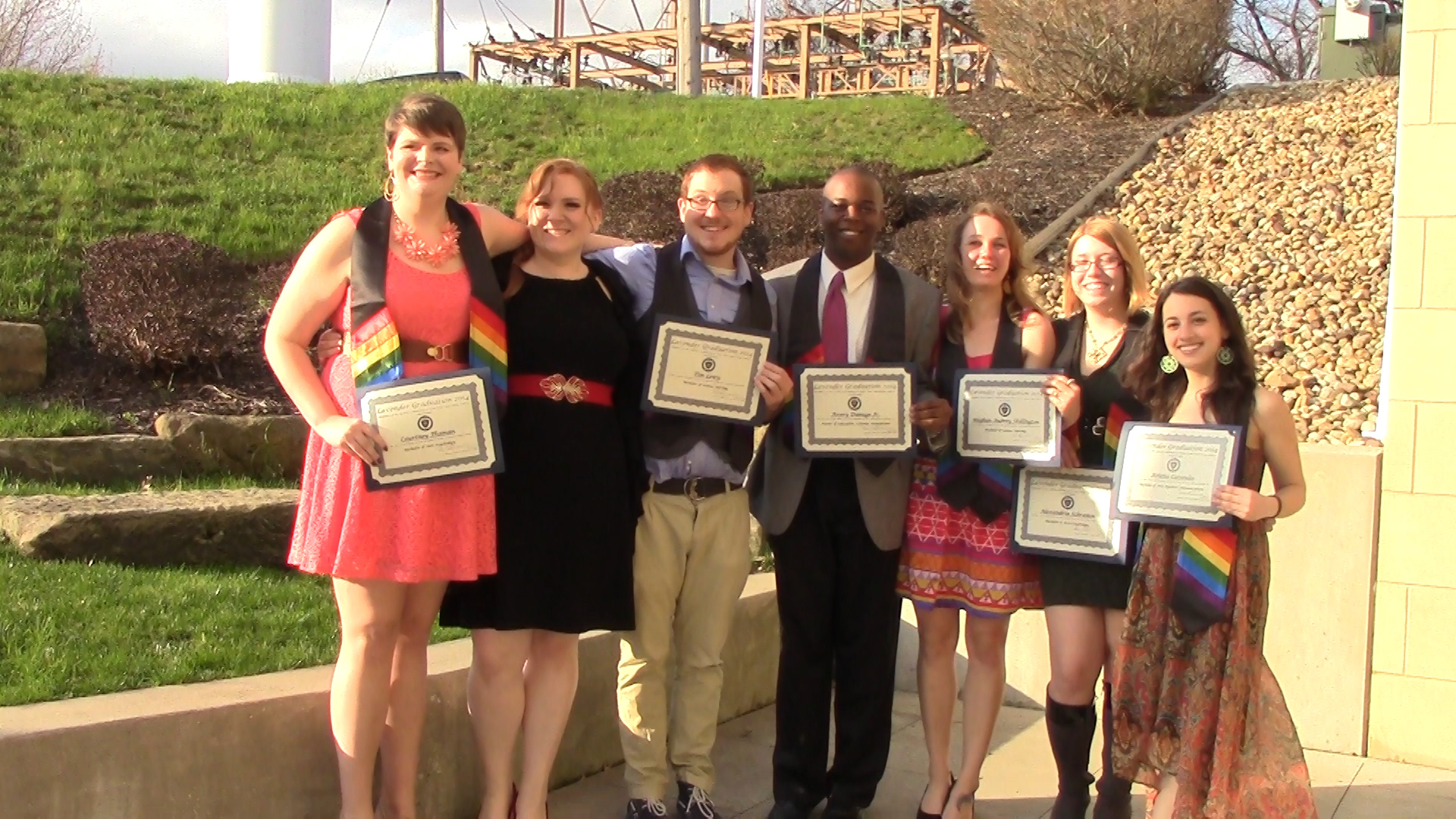 With the spring semester coming to a close at Kent State, many students can’t wait to graduate. But some students not only graduate from Kent State but graduate with LGBTQ pride. TV2’s Alexis Oswald has the story on a different kind of graduation.

With the end of the school year fast approaching, Kent State and various other colleges are gearing up for graduation. Tim Lewis, a graduating nursing major from Kent State, is no less excited for the commencement.

“It’s exciting that like I was able to get through it all as was everybody else who’s here. It’s not easy,” Lewis said.

But Lewis is not only graduating from Kent State as a nurse, but also as a LGBTQ student through a different kind of celebration called Lavender Graduation.

Lavender Graduation is a pre-commencement ceremony that honors graduating LGBTQ and ally students from various majors, giving them a certificate and rainbow stole that they can wear at Kent State’s commencement.

It means you survived, you got further than most people did and you’ve actually made it.

Lavender Graduation committee member Tori Swarm helps plan out the event and she believes witnessing the graduation creates an impact for all LGBTQ students.

It’s a real good opportunity to see that no matter what you can make it through it and that it gives kids almost an end goal,” Swarm said, “Students that are in the community seeing that hey there are other people before me that graduated and are willing to be out and proud of who they are.”

Lavender Graduation is a phenomenon across various colleges with Kent State stating their own last year, thanks from the support of Kent State’s LGBTQ Student Center and the campus community.

In fact Roxie Patton, Program Coordinator for the LGBTQ Student Center, thinks that the positive response for Lavender graduation truly means something.

“It says something about our campus community that we are that open and willing to support everybody who’s here,” Patton said.

And because of that, Lavender Graduation becomes special to LGBTQ graduates like Lewis.

“It means you survived,” Lewis said, “You got further than most people did and you’ve actually made it.”

Graduating college is a feat in itself, but graduating with the love and support of who you are is even more amazing.