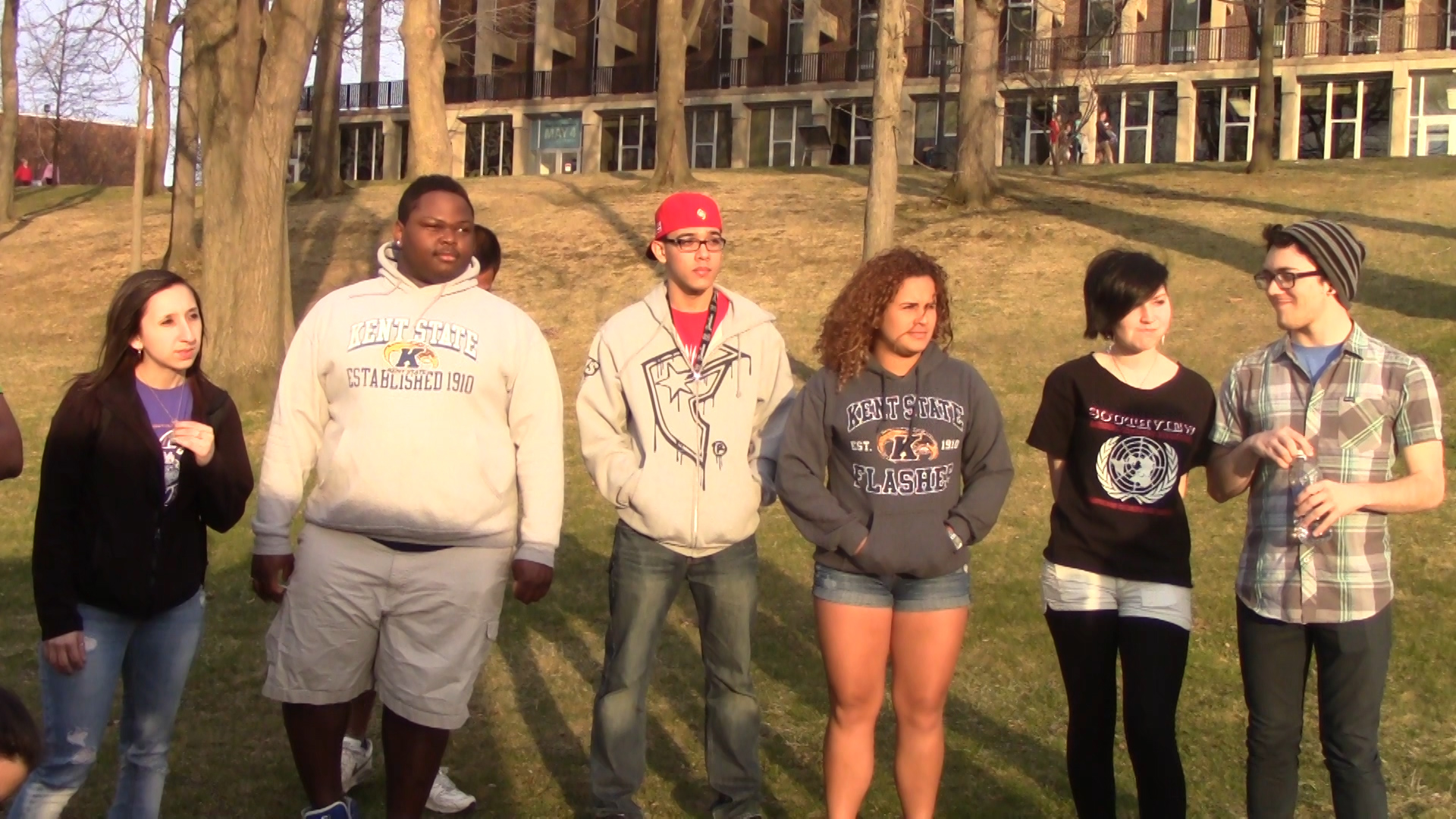 While many Kent State organizations are ethnically based and want to spread diversity across campus, others want diversity within their own members. TV2’s Alexis Oswald has the story of one student organization and their new president trying to reach that goal.

Kent State holds many diverse organizations that raise awareness of different ethnic backgrounds.  But there’s one student organization that wants more members no matter what background they come from thanks to their new president.

“Ever since about sixth or seventh grade I knew I wanted to learn Spanish and then after that the culture just grew more interesting to me it’s so rich.,” Benton said.

Benton joined the Spanish and Latino Student Association or SALSA at Kent State, and recently got elected their new president for next semester.

SALSA focuses on raising awareness of Latino culture through various events, but Benton and the rest of SALSA’s board want to strive to include more members of non-Latino descent.

The first thing they know if there’s Spanish interest or a Spanish American, Latin American is SALSA’s here. There are people here who I can feel safe with.

” We want everyone to know how inclusive we are so no one says oh I would like to go to salsa events but I’m not Latino I’m not Spanish I wouldn’t fit in, that’s one of the things that we want to try our hardest fighting against,” Benton said.

Besides Benton SALSA’s newly elected board consists of many members from various backgrounds, making it one of the most ethnically diverse boards that SALSA has ever had while also serving as an example of the importance of diversity.

Kimberly Kennedy, Special Assistant to the Division of Diversity Equity and Inclusion says that groups like SALSA break down the stereotypes of different cultures.

But Benton knows that no matter what, SALSA is a safe haven for anyone who wants to join.

“When people come through like freshman or transfer students, the first thing they know if there’s Spanish interest or a Spanish American, Latin American is SALSA’s here. There are people here who I can feel safe with,” Benton said.

SALSA spreads awareness of their own culture, but wants to embrace others as well making it a perfect model of the triumph of diversity.