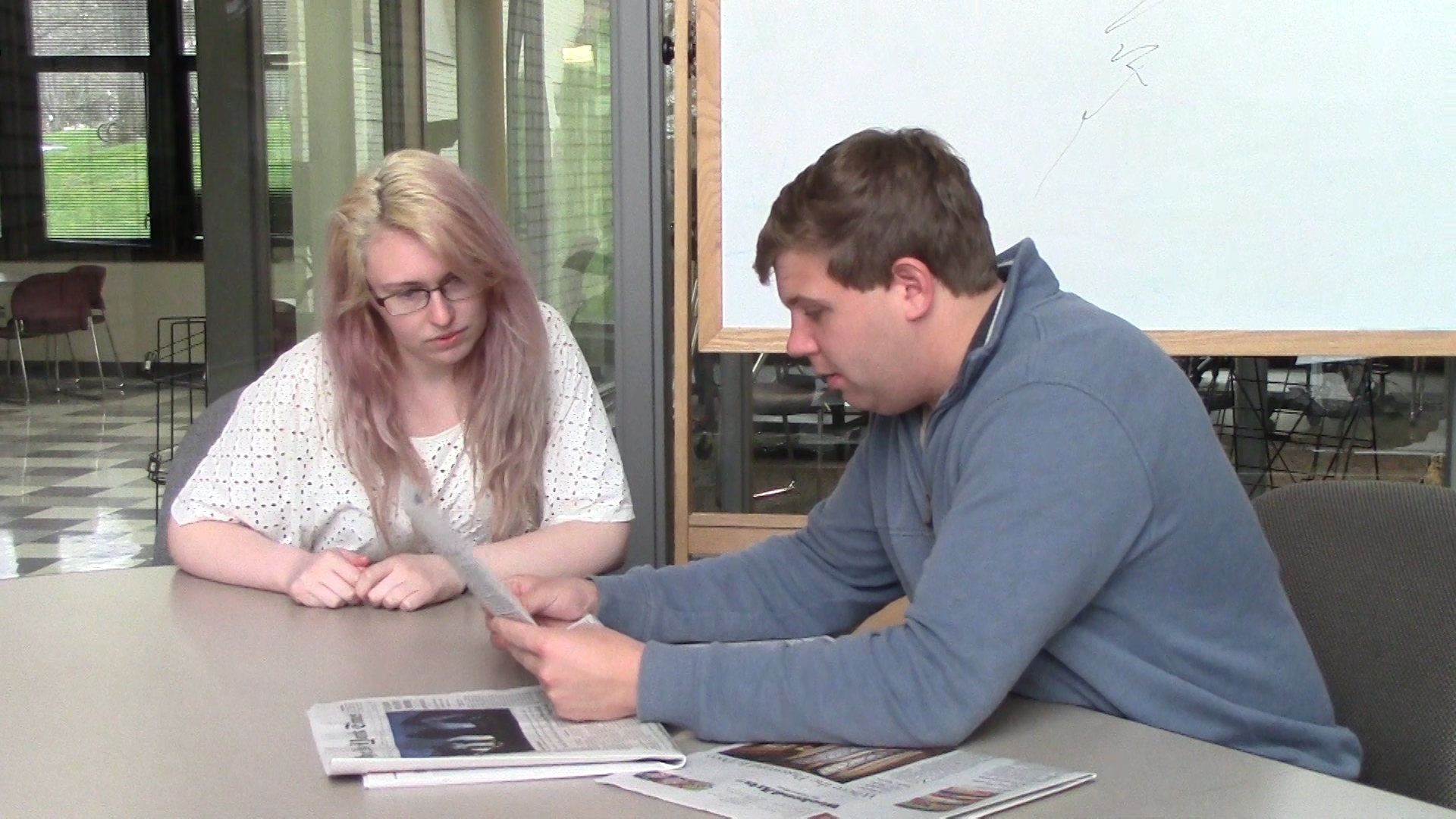 At KSU Today, Graduating Senior Jason Kostura is jumping for joy. Why?  Because he just heard that he’s earned his dream job. Kostura gets his diploma this Saturday at KSU’s Spring Graduation. His Degree? Broadcast Journalism. His dream job? A producer at ESPN. Here’s Alexa Maslowski.

[bbrvideo width=”350″ float=”left” caption=”Jason Kostura has been dreaming about ESPN since he was a little boy and now, that dream is a reality.”]BBR_07_Maslowski_DreamJob[/bbrvideo]

“ I once said I’d lick the floors to work at ESPN,” said Jason Kostura, a graduating senior from Kent State’s School of Journalism and Mass Communication, and now, he doesn’t have to.

“ I once said I’d lick the floors to work at ESPN,” -Jason Kostura

Jason will be moving to Bristol Connecticut just two days after he graduates to work in the content associate program at ESPN.

Jason has dreamed about working there ever since he was a young boy, “I’d wake up on Saturday mornings and watch ESPN over and over again, I could name every player on every baseball team, I knew all of these crazy statistics and one day I said,  I wanna work there.”

Gabriel Kramer, TV2’s Current General Manager spoke very highly of his friend and co-worker. “You have your resume, you have your demo reel and we put it out there, and it looks better than everyone else’s, you’re gonna get the job…he’s done a tremendous job here at tv2, JMC, what more can I say besides press play, go to his website and check it out.”

It was not only his hard work, but his connections that got him the job at ESPN. Jason’s connections through former co-workers at TV2, Kent State University’s student-run television station, were who informed him of the position.

Justin Rockhold, a 2013 graduate from JMC and TV2 is also working with ESPN, “I don’t know if Jason would applied or even known about the job opening if it wasn’t for Justin. I think it goes to show that JMC really is growing and we’re making that connection and we’re going to be a household name in the journalism industry sooner rather than later,” said Kramer.

Kostura said that he is thankful for the education that he has been given and the connections he has made, “Through my Kent education I met people who really taught me how to become the journalist I want to be and how to make it in this ever-changing and demanding field.”