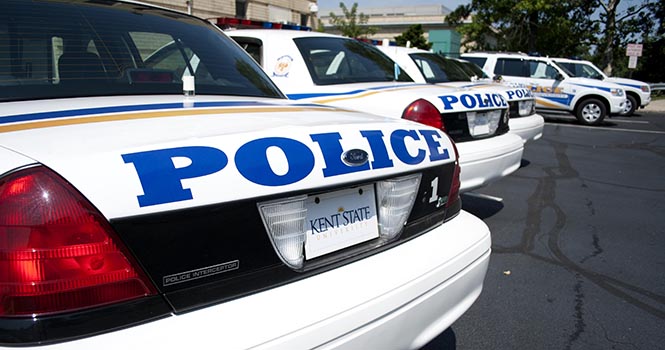 Off. Michquel Penn was an open book containing endless amounts of information about the Kent State Campus Police. Off. Penn holds the title of Community Resource Officer with the campus police. She handles most media relations with the department and was more than willing to give ideas for potential stories.

The essence of my beat is covering all things Kent State safety and the department itself. They’re collaboration with the city police, how they work with students and their involvement in the community as a whole are important parts of my beat.

I met with Off. Penn Thursday January 29, 2015 at the Stockdale building on campus for the interview. She gave me a tour of the entire building and introduced me to many of the department heads. Some specific people whom I have contacts for since meeting with Penn are Chief John Peach; Karen Carr, the records Management Supervisor; Sgt. Wayne Parker; and Sgt. Nancy Shefchuk.

Off. Penn informed me of some very interesting things going on at the station. There are several officers retiring within the next couple of months.. This is a good story because it could potentially lead to a new dynamic in the department with less experienced officers joining their team. It could also bring about a lot of new innovative ideas and I would love to look into their extensive hiring process or find a personal profile of one of the retirees and take a look at their time there.

They also have many women on their force which reflects the amount of women on campus, a few of them being new mom. I think it would be interesting to profile a few of these women and see how they feel about being in a male dominated field and what it is like being on a force with so many women.

Nancy Shefchuk is in charge of the flash alert system and I would like to do a story on what flash alerts get sent out.

The department has many aspects to it that can be potential stories. There are a lot of profiles that could be done if the right person is contacted and stories about the training the department does as well.