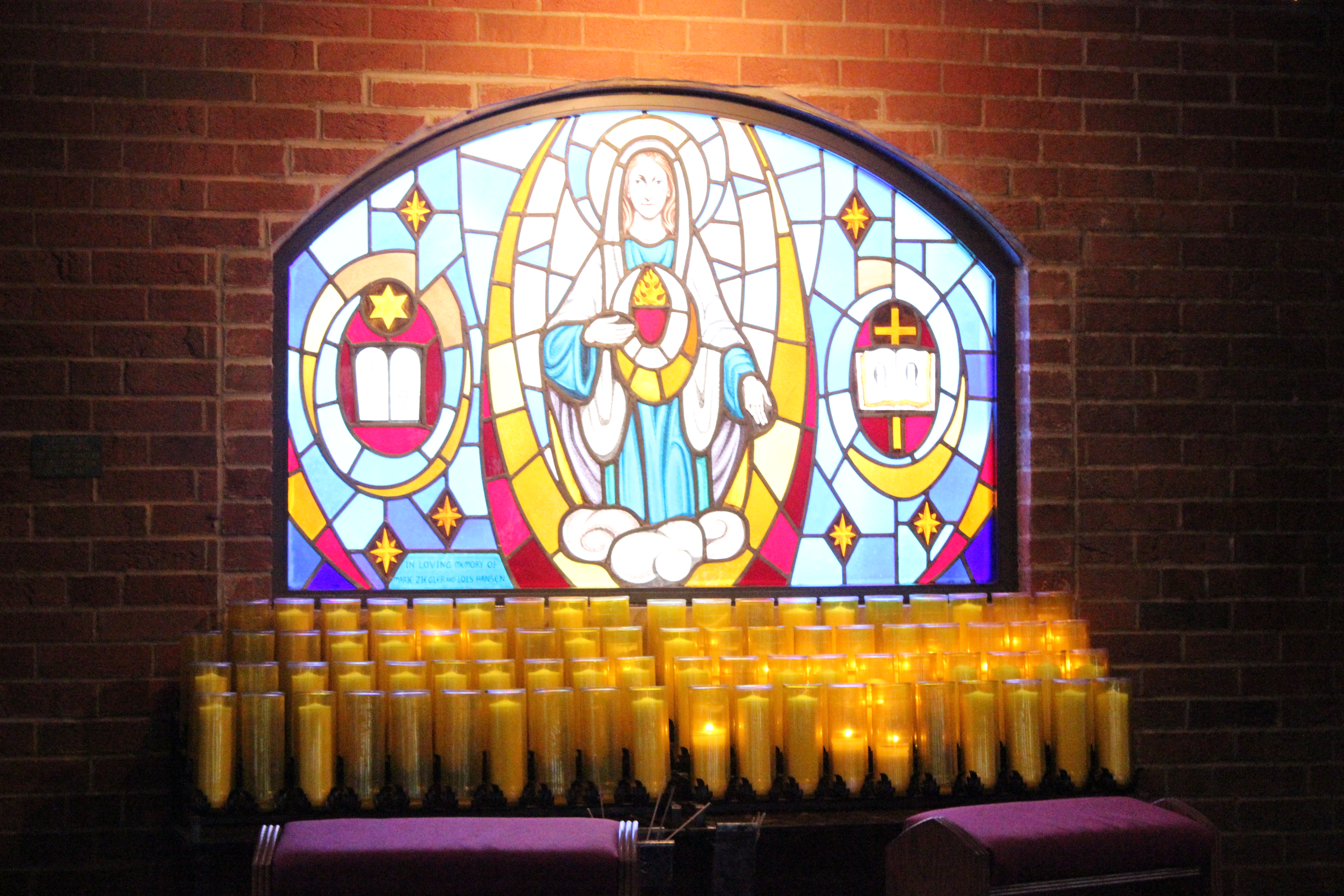 Anchor intro- Prison ministries have been ongoing at Saint Patricks’ in Kent for the last 5 years, but just within the last two months the Catholic Student Association has also joined in this unique kind of mass. Reporter Andy Mark has the story.

This is what most people envision a Catholic mass to look like. Now imagine your a juvenile at the Portage Geauga county Juvenile detention center. How could you get a taste of what its like to attend a mass?  Well, every Friday night since the beginning of this January Deacon Timothy DeFrange of Saint Patrick’s in Kent has lead a Catholic mass at the detention center. Paul Billig is a Catholic Student Association officer, and the man behind the CSA prison ministry. He talked to me about what’s its like to be inside a prison for mass, and the impact it has had on him.

“The context is all very familiar, nothing is changed with the liturgy, but they environment is very different. Is that it kind of broke my heart to hear that people don’t feel loved. I want someone to know that there loved. I feel like every human deserves that.”

I was unable to shoot inside the Juvenile detention center, but I did talk to students who attended the prison ministry, and they said it was very similar to attending a mass at the Immaculate Heart of Mary Chapel, which I am standing in front of.

Stacey Forte is one of those students who attends the prison ministry on Fridays, and she gave me her thoughts on the mass and how she was inspired to attend.

“There are regular songs too, like you would have during a normal mass. The Newman Center always has this pretty big service trip that they do, that they run. We work with this woman who, her name is Miss Nancy. I heard her talking in the car once about how she went to prisons.”

This was the third Prison Ministry and it certainly won’t be the last.