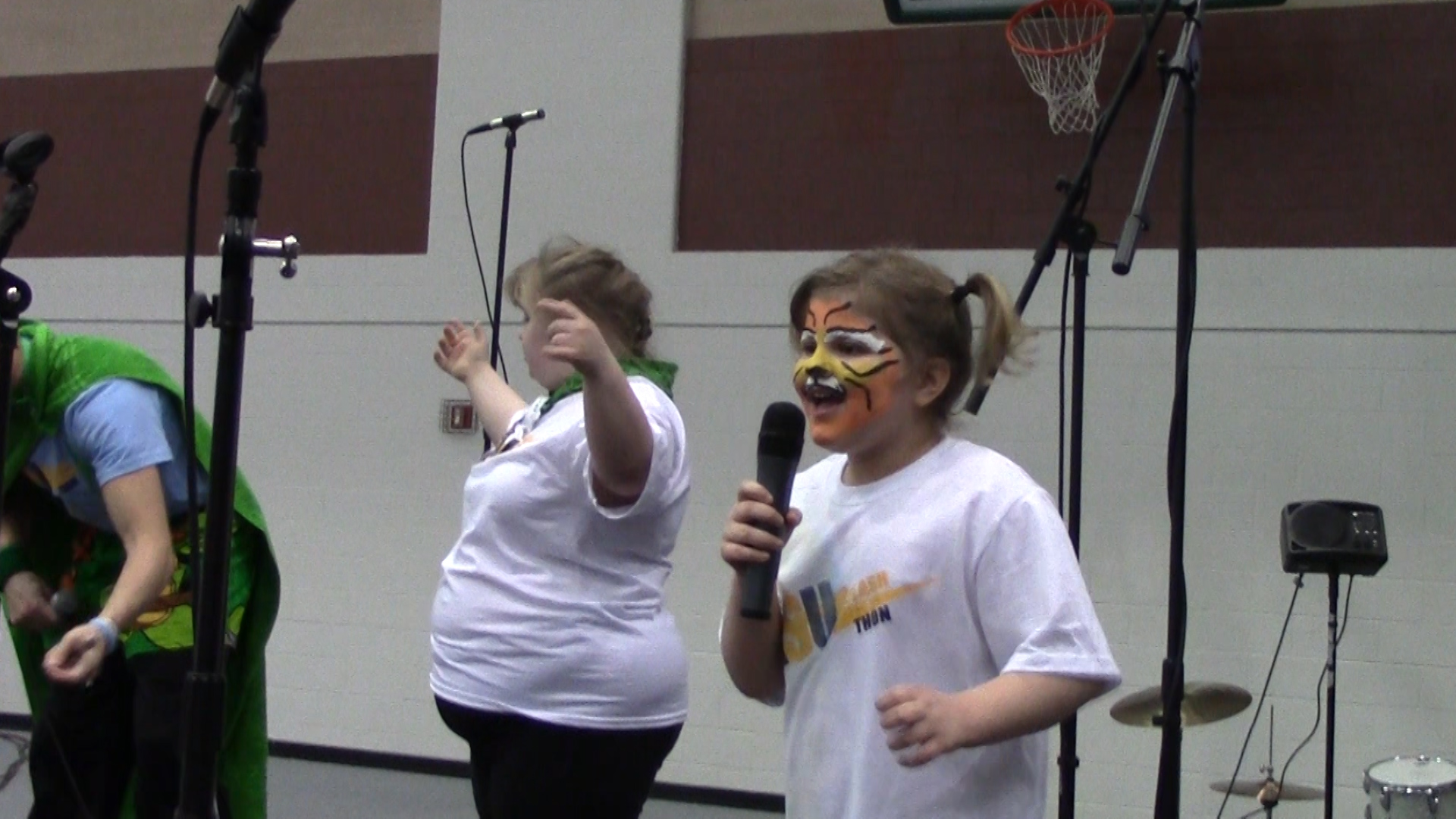 KSU’s Flash-a-thon is only in it’s second year, but it’s already had a lot of success. TV2’s Alexa Maslowski got to know one of the children that is benefitting from the money raised.

The Kent State University Flash-A-Thon held it’s second annual event on Saturday, April 12, 2014. The Flash-A-Thon is a 12-hour dance marathon that raises money for the hematology and oncology department at Akron Children’s Hospital.

Patients at the hospital are invited to the event and everything the Flash-A-Thon does is “For the Kids,” or “F.T.K.” One of those kids is Ava Turner, 6 who made her red carpet entrance into the event, just after it began.

Ava was a patient at Akron Children’s until just two weeks ago. She was diagnosed with acute Lymphoblastic Leukemia at the age of four, but that didn’t stop her from attending both Flash-A-Thon events, “(last year) I still needed to do chemo, and today is like, I have no port and no chemo, and everything is gone, last year was pretty tough for me, and now it’s not so tough anymore,” said Ava with her face painted like a tiger.

“last year was pretty tough for me, and now it’s not so tough anymore” -Ava Turner

Ava was able to dance and sing one of her favorite songs, “Roar,” by Katy Perry, up on stage in front of over 400 people.

Jeremy Shaw, the Vice President of KSU Flash-A-Thon has worked countless hours all year for this event, “everything comes back to for the kids, F.T.K. that’s something we always say, and it’s amazing to see their faces light up.”

Shaw, a Senior, said he guarantees a good time when attending the Flash-A-Thon and hopes that people will continue to come to the event to raise more money for the Akron Children’s Hospital.