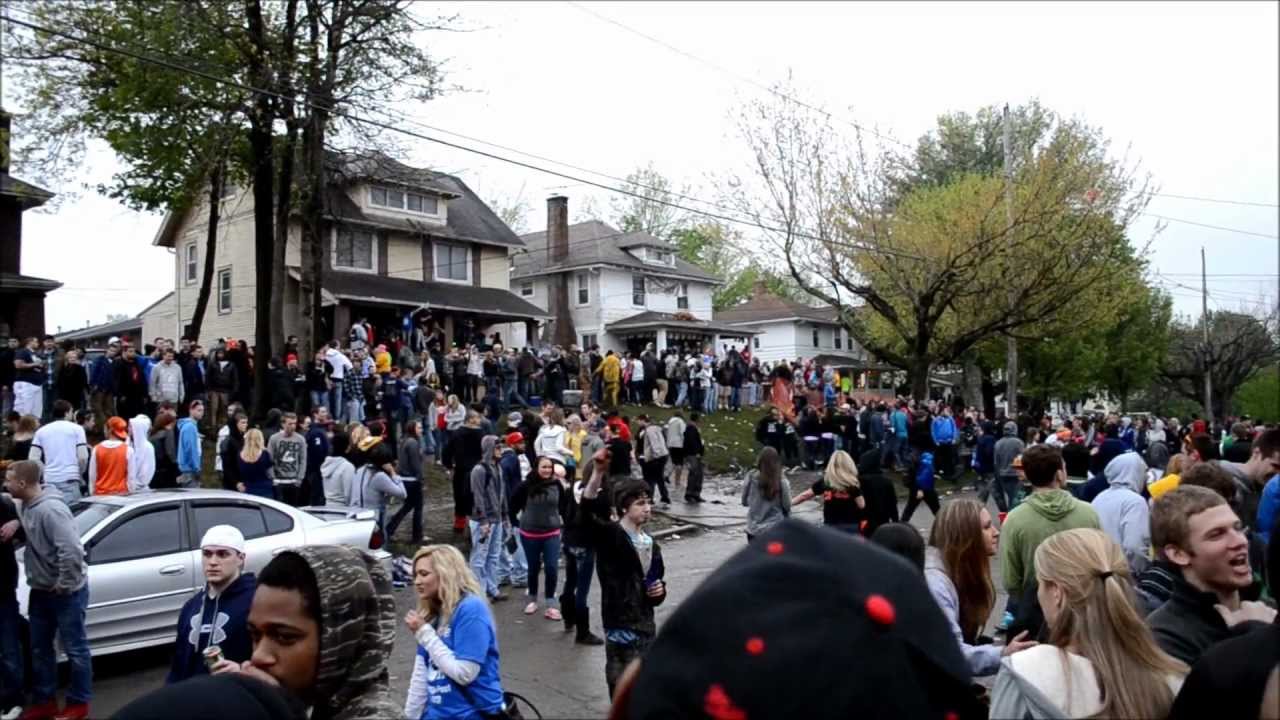 College Fest has been a tradition at Kent State for many years. Students who live on College Street would throw yard parties and ring out the end of the school year. College Street is just two-blocks long and connects KSU with downtown Kent. Recently, the parties turned into serious disturbances bordering on civil unrest. It came to a head in 2012 and ever since KSU and the city of Kent ended this annual right of spring. Reporter Lexi Walters asks the question in this report, just how have they stopped College Fest?

An average college street in Kent turns into one of the largest block parties in Kent States history once a year during what is called College Fest. That is, until 2012 when the fest was brought to a halt.

After riots broke out, property was vandalized and students threw beer bottles at police officers, the swat team entered with tear gas to control the crowd. Ever since this, College Fest has been no more. Ordinances placed by the city have prevented residents of College Street from hosting large parties that could be considered a nuisance.

So, why have the police been so persistent on stopping the event in years since? Kent State police officer Michquel Penn offered the insight that it isn’t their goal to stop the fun of students but to tame it to a reasonable event. She said there have been people on the streets up until this year but it was been much smaller and within reason.

Students such as Blanca Daniel, a resident of College Street, plan to continue with her planned get together during College Fest and hope the authorities ease up on how harsh they have been since the shutting down in 2012.

Police and students alike understand that it is a fun celebration for the end of the year. Both said that they hope there can be a compromise between the city, university and students to have an event. Only time will give the answer whether this means a more tame event held by the students or a university sanctioned event though.

What looks like your average street in Kent was home to one of the most popular block parties at Kent State just a short three yeas ago. Students would hang out on their lawns, drink and throw parties, they called it College Fest. Rightfully so because it’s on College Street, just yards from campus.

The fest has been a tradition at Kent for well over ten years which many students looked forward to until twenty-twelve when the fest got out of hand. Footage from the event that year showed riot squads being sent to tear gas and rubber bullet the attendees after couches were lit on fire and cars were vandalized.

Since then, Kent city and campus police have shut down the event before it ever got started. So why did the city and police stop the students from celebrating?

STANDUP: Officer Penn says that the intent is just to control the fest and not stop people from enjoying themselves.While the officers concern is the safety of the students and property, students don’t always see it as this. Some see it as them stopping the students annual right of spring.

KSU student and College street resident Blanca Daniel was one in particular who felt this way.

Whether or not there will be a compromise, the students have continuously tried to keep the tradition going and may for a while. For Tv2 KSU Im Lexi Walters