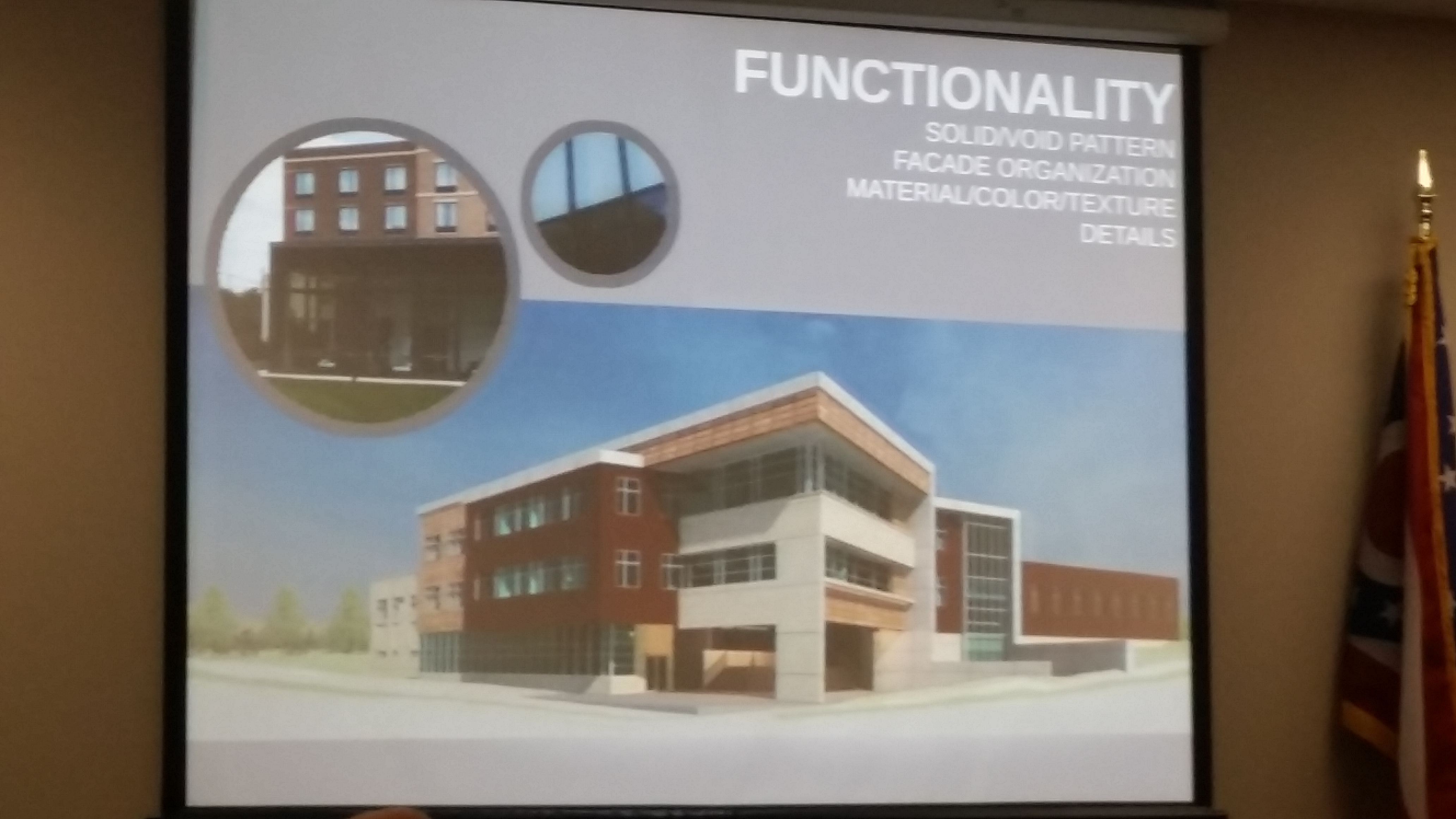 The city of Kent  received a sneak peak at the new police station going into downtown.  The station is going in at the end of College Avenue and border Haymaker Parkway and Depeyster Street.  Reporter Cory York attended the city council meeting and has the details on the new station.

Wednesday night City Council received an update on the status of the new police station. The progress on the building is only 30% complete, but project manager Jeff Meyers presented a 3-D model of the building’s design. The station will be three stories at its highest point and will be made of the same materials as the fire department across the street. Council stressed the need for visual consistency but Meyers says the need for functionality is a top priority.

“Something we hit on continuously is it’s a police station. Its got to function. So when you have too many constraints on the way its got to function, losing property, you will have to go vertically and it wouldn’t function.”

Not only are the police driving around town to collect evidence they would need, but also in the winter, they have to keep their cars running wasting taxpayer money. The solution to was to build an underground parking garage for the cruisers. Lt. Jim Prusha says this saves valuable time responding to a call.

The last key component in the update is the addition of a pedestrian walkway to cut across from downtown to college avenue without having to walk around the building.