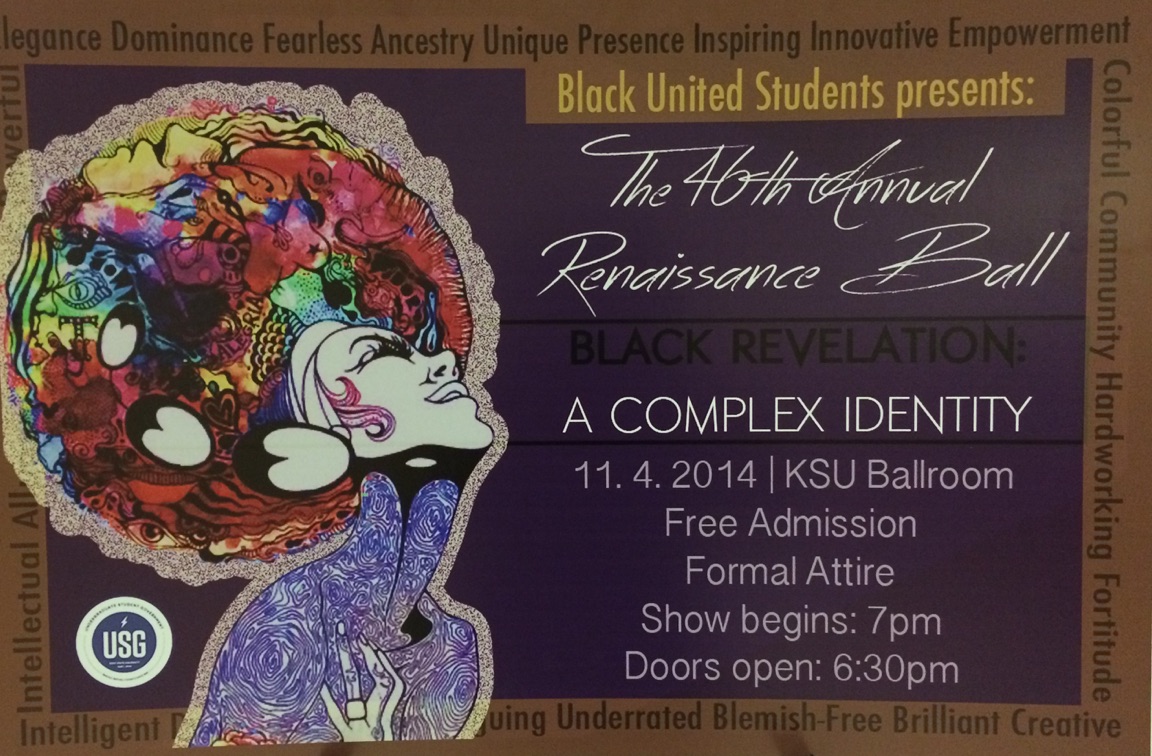 Two homecomings in one year? Well this isn’t any ordinary homecoming, see why minorities come together to celebrate black homecoming. TV2’s Aja Phillips has the story. . .

This year’s theme was “Black Revelation: A Complex Identity.”

The event was created by BUS in the late 1960s after black students were excluded from the Kent State Homecoming, this event has continued to celebrate black culture.

“The Renaissance Ball is a time of year that we all come together and we get to dress up in our finest clothes or our prom dresses and we really get together to unite and celebrate our blackness and each other and come together as a family like we should be,” said Program Director Leia Belt.

The Renaissance Ball recognizes students from all minority groups, and the campus community is asked to participate in the annual event.

To be a contestant in the pageant, students fill out applications and are interviewed by the BUS president, vice president and program director. Students who wish to participate must have a 2.5 GPA, be in good academic standing and be involved on campus.

The ball featured a pageant, which started off with a series of skits performed by the ten members on BUS’s Homecoming court.

A piece that left the audience silence was Trey Walker’s video monologue of himself reflecting on the struggles he’s faced because of his sexuality.

He walks on stage dressed as an angel and says, “You guys are all the authors of your own story, know your worth.”

Halfway through the talent portion, a video called ‘My Culture is Not Minor,’ which focused on the African-American community, their struggles and their views, was played.

Her essay was about police brutality in the African American community.