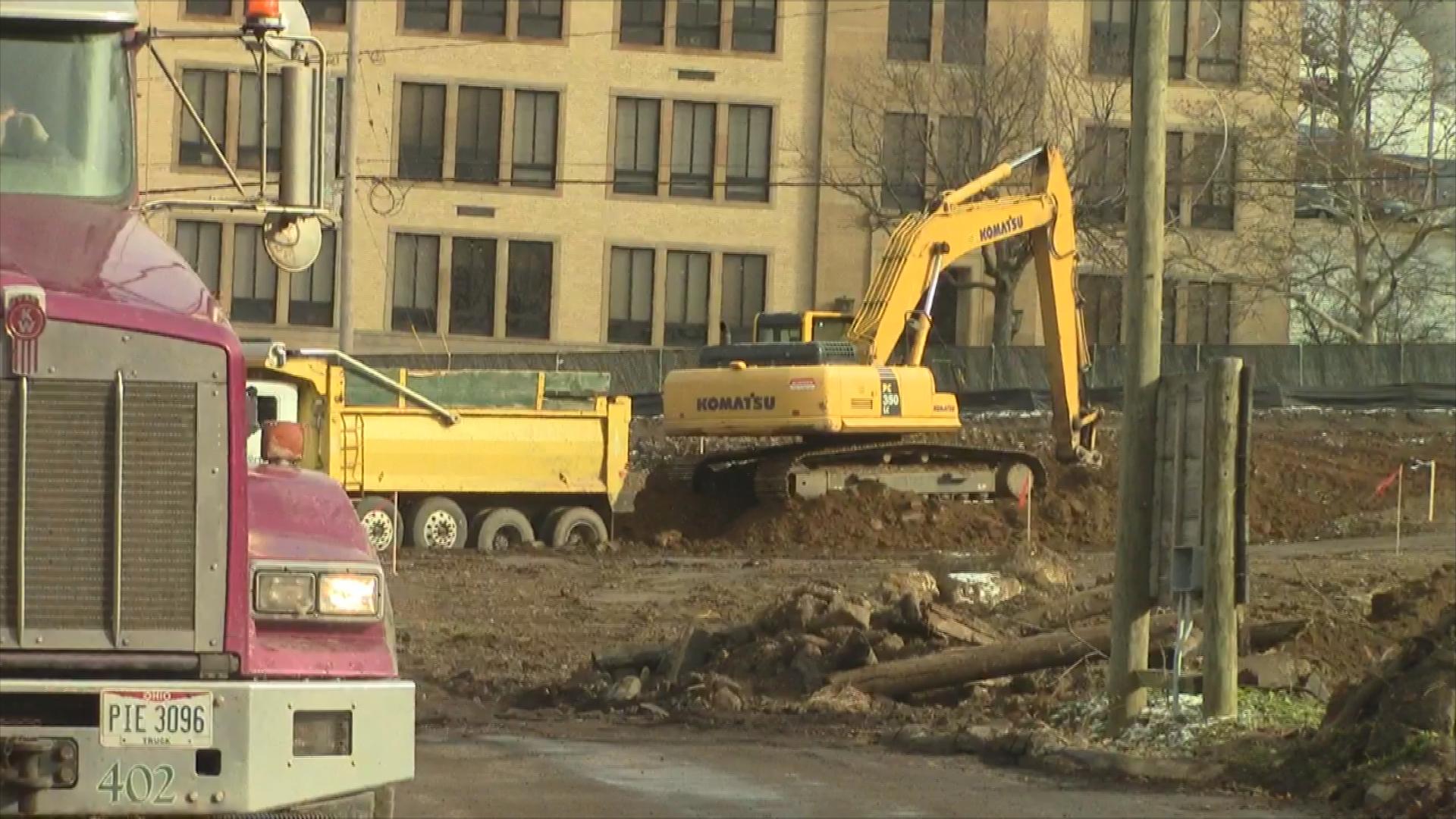 The vote to vacate South Willow street is just days away. City Council has had two weeks to review the request from the university. Council has also received a lot of negative feedback from residence. However if the council decides to close the street, it will bring more improvements to the city, all funded by the university. TV2’s Cory York has the details.

Construction is in full swing on the old DuBoise property. Tucks are constantly coming and going along South Willow Street. With the increase construction and screened in fences, the university fears this will increase the risk of an accident to anyone walking on the esplanade.

The concern is so high; Kent state is now requesting the city of Kent to permanently vacate south willow from just north of college Ave up to the main street intersection.

The university was not available for an on camera issue but spokesman Eric Mansfield did issue this statement.

“Pedestrian safety is the primary factor for the proposal as those who use the esplanade can be at risk when crossing Willow Street. City leaders have and continue to be great partners with the university and we remain committed to working towards a positive resolution,”

Their largest concern is when people are walking down the esplanade not paying attention with their headphones in and crossing over Willow. Now with the screened in fences it is even more difficult for cars to see.

One concern by city council with the vacation of South Willow Street is that it is going to cause even more traffic problems in an very congested area. The university’s response to that is they are going to add a turn lane at Summit and Depyster. At their own expense along with a handful of other upgrade to the city.

In an effort to reduce the congestion, Kent State would pay for the widening of the road and the addition of the turn lane. They would then be responsible for removing the access to South Willow off of Main Street and reduce the amount of parking spaces to incorporate a fire lane connecting South Willow and Lincoln.

However, city council is split on this decision.
Councilwoman at large, Melissa Long is against the vacancy of Willow saying the city is giving up too much and not getting enough in return.

“I think we as managers of the city have to protect those assets. And giving up a usable street in the downtown area, you have to think twice about that.”

The vote will happen Wednesday and there is no clear consensus which way the vote will sway.